In January we went to Florida, mainly to see the manatees at Crystal River.

Before the trip, I tried to book some manatee tours online. I wrote several emails to half a dozen tour operators in Crystal River.  I never got an answer from any of them. It’s really crazy. Either all the business people in Florida are not able to read or answer emails or (more likely) the tour operators make so much money with their manatee tours that they see no need to sell any more tours.

Nevertheless, when we arrived in Crystal River I managed to book some tours directly at American Pro Divers.

Sadly we had some bad luck with the weather. The weeks before we arrived it was very cold and hundreds of manatees were at the springs but when we arrived it was getting warmer and most of the manatees left the area for feeding. At Homosassa Springs we saw only 2 manatees, at Three Sisters Springs 3 and at Kings Springs 2. But that can happen with nature and was not our biggest problem.

Our main problem was that the groups on the tours were much too big for any kind of serious underwater photography. The boats had 16 seats and were always fully loaded with 16 people. Can you imagine what happens if 16 people try to chase and touch one manatee at the same time? In addition, the water was very shallow and the ground was muddy. What happens when 16 tourists, inexperienced in swimming with fins, try to chase a manatee in shallow water with muddy ground? Right: visibility gets down to zero. Sometimes I was not even able to see my own hand in front of me.

Furthermore, we were not the only boat there, not even at the 6:30 am tour at Homosassa Springs. At Three Sisters there were about 20 other boats and about 200 people in the water. I was really trying hard but in these conditions, it was just not possible to get good images of manatees. We even canceled the Crystal River trip on our last day because it was just too frustrating.

I’m not really blaming American Pro Divers for this, the guides were friendly, competent and tried really hard to get the best out of this situation for everyone on the boat and all the other tour operators had similar much too big group sizes.

The only slightly successful day was when we rented a canoe instead of booking a group tour and went to the Seven Sisters Spring very early in the morning by our own. But even then there were dozens of other people in the water and only a couple of manatees.

If I would repeat this trip I would not book any group tours at all, just rent a boat and get to the springs before sunrise and hope to get some shots before the first tour boats arrive. If you study some maps and talk to local people the manatees are easy to find by yourself. You, therefore, need no guide. And you should clearly avoid any visit to Crystal River around typical vacation times. If you plan to visit the manatees in Crystal River take the warmest wetsuit you have. I used an 8mm one with an additional 7mm hood and was happy to have it. My daughter was slightly freezing in her 7mm suit.

On two days we went to the Rainbow River which is not far from Crystal River. It’s not the greatest place on earth for underwater photography, but we really enjoyed the snorkeling there. For freshwater, you can find many fish and visibility is very good. The guides there tried to convince me that the Rainbow River has the best visibility in the world, but it’s no comparison to the Silfra crack in Iceland where you can see up to 130m underwater. 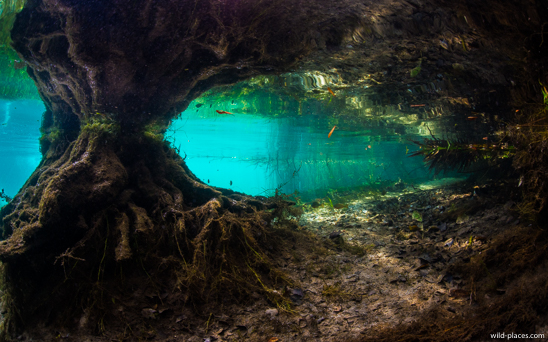 Another thing that’s not easy to find in Crystal River is good food, especially if you are a vegetarian like my daughter. You can choose between literally hundreds of burger shops and a couple of steak houses. But that’s it.

After one week in Crystal River, we traveled to Orlando to visit some of the Disney amusement parks.

On our first day in Orlando, we went to the Magic Kingdom. It was extremely crowded but my daughter Linnéa loved it, especially the parade and the fireworks. 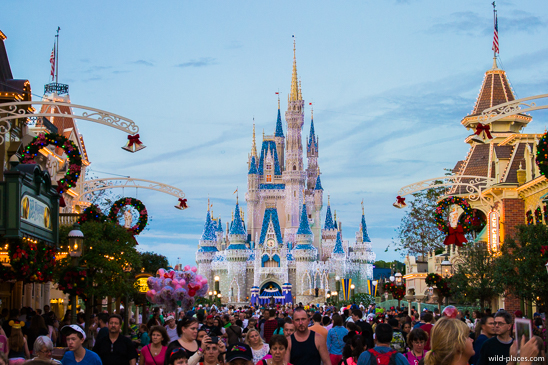 The second day in Orlando and our last vacation day was also Linnéa’s birthday. She decided to visit the Animal Kingdom.

Since it was her birthday she got ice cream for free and a happy birthday button on her shirt. That way she got about 100 ‘Happy Birthday!’ during the day from all the Disney employees and a birthday she will probably never forget. 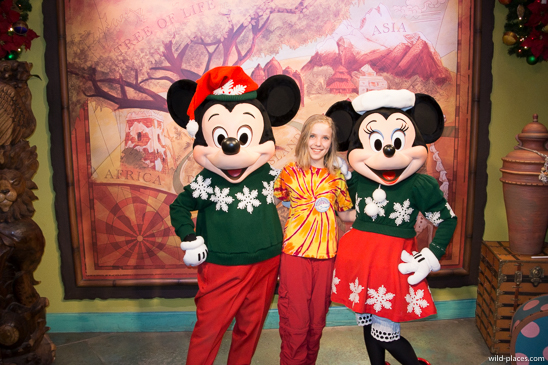 The attraction in the Animal Kingdom that she will probably remember best is the Kali River Rapids, where she got really really wet. 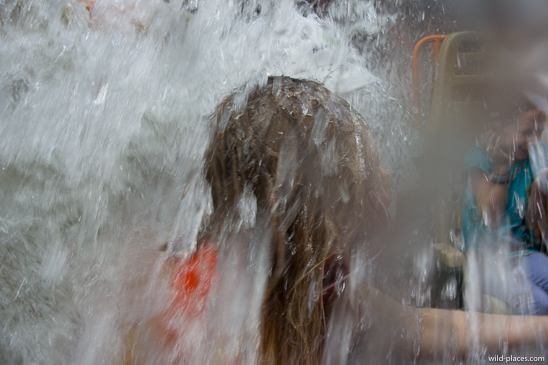 For me, this part of Florida was much too crowded and I clearly prefer remote wild places. But since Linnéa had a really great birthday there, this trip was at least partly successful.